[You can read the original article here], Licensed under CC-BY-SA.
Japanese manga series

Dr. Stone (Japanese: ドクターストーン, Hepburn: Dokutā Sutōn) is a Japanese manga series written by Riichiro Inagaki and illustrated by Boichi, serialized in Weekly Shōnen Jump since March 6, 2017 with the individual chapters collected and published by Shueisha into thirteen tankōbon volumes as of November 2019[update].

Viz Media licensed the manga in North America. Shueisha began to simulpublish the series in English on the website and app Manga Plus since January 2019.

An anime television series adaptation by TMS Entertainment aired from July 2019 to December 2019. A second season of the anime series focused on the "Stone Wars" arc of the manga series was announced at the end of the 24th and final episode of the first season.

In 2019, Dr. Stone won the 64th Shogakukan Manga Award for the shōnen category.

Beginning in April 5738 A.D., it's been over 3,700 years since a mysterious flash of light petrified nearly all human life. A 16-year-old genius named Senkū Ishigami is suddenly revived to find himself in a world where all traces of human civilization have been eroded by time. Senkū sets up a base-camp and begins to study the petrified humans in order to determine the cause of the event, as well as a cure.

Over the next 6 months, Senkū learns his revival was made possible with nitric acid. With this discovery, he develops a compound that will allow him to instantly revive others. He begins by reviving his friend Taiju Ōki, their classmate Yuzuriha Ogawa, and a famous martial artist named Tsukasa Shishiō, with the goal of rebuilding civilization with a focus on science.

Tsukasa ultimately reveals that he opposes Senkū's idea of forming a new scientific civilization, believing the old world was tainted and should not be restored. Instead, he desires to establish a new world order based on power and strength, going so far as to destroy any petrified adults he encounters in order to prevent them from interfering with his goals.

After extorting the formula for the revival compound from Senkū, Tsukasa attempts to murder him when he realized that Senkū knows how to create weapons that he cannot defend against. Believing he successfully killed Senkū, Tsukasa leaves to begin establishing his own faction in the Stone World.

After recovering from his near death experience, Senkū discovers a tribe of people already living on the planet and sees this as an opportunity to create his Kingdom of Science. These people are originally hesitant, but eventually learn the benefits that science can bring to their survival. Over time, Senkū becomes more trusted by the tribe, eventually being taught of their past - where he discovers that the village was started by his father figure, along with 5 other astronauts, whom were unaffected due to being in space at the time of the petrification event.

Together, with his new allies and friends, Senkū's Kingdom of Science engages in a war with Tsukasa's clan, ultimately emerging victorious and affirming themselves as a force to be reckoned with.

However, this victory is short-lived, and the Kingdom of Science ends up coming into conflict with a new enemy tribe known as the Petrification Kingdom, who possess the device used to petrify the world so long ago.

Written by Riichiro Inagaki and illustrated by Boichi, Dr. Stone was launched in the 14th issue of Shueisha's Weekly Shōnen Jump on March 6, 2017.[3] It was one from a number of story proposals Inagaki brought to his editor, who chose it because he had no idea how it would develop. Boichi, who was looking for a story to work on, was approached around the time Inagaki (a fan of his art) finished the storyboards for chapter 3.[4]

At their panel at Anime Boston, Viz Media announced their license of the manga, and the first volume was published in September 2018.[5][6] Shueisha began to simulpublish the series in English on the website and app Manga Plus in January 2019.[7]

In October 2019, it was announced that a spin-off miniseries with nine chapters called Dr. Stone Reboot: Byakuya would debut on October 28 in the issue #48 of Shueisha's Weekly Shōnen Jump with story and art by Boichi.[8] Like with the main series, the spin-off was also released on Shueish's Manga Plus service. Viz Media also publishes the series on its Shonen Jump digital platform.[9] The series finished on December 23, 2019.[10]

An anime television series adaptation was announced in the 51st issue of Weekly Shōnen Jump on November 19, 2018.[11][12][13] The series is animated by TMS Entertainment, with Shinya Iino as director, Yuichiro Kido as scriptwriter, and Yuko Iwasa as character designer. Tatsuya Kato, Hiroaki Tsutsumi, and Yuki Kanesaka composed the series' music.[14] The series aired from July 5 to December 13, 2019 on Tokyo MX and other channels.[15][16] It ran for 24 episodes.[17] The first opening theme is "Good Morning World!" by Burnout Syndromes, while the series' first ending theme is "Life" by Rude-α.[18] The second opening theme is "Sangenshoku" by Pelican Fanclub, while the series' second ending theme is "Yume No Youna" by Saeki YouthK.[19]

A second season of the anime adaptation was announced after the first season's finale.[20] The second season will focus on the story of the "Stone Wars" arc from the manga series.[21][22]

The series is streamed by Crunchyroll worldwide outside of Asia,[23] and Funimation aired a simuldub.[24] The English dub of the anime began airing on Adult Swim's Toonami block on August 24, 2019.[25]

Dr. Stone ranked #15 along with Keep Your Hands Off Eizouken! on a list of the top manga of 2018 for male readers put together by Kono Manga ga Sugoi!.[26] The series placed second on the fourth "Tsugi ni Kuru Manga Awards" in 2018.[27] The series ranked #17 along Sweat and Soap and Heterogenia Linguistico ~Ishuzoku Gengogaku Nyūmon~ on Kono Manga ga Sugoi! list of best manga of 2019 for male readers.[28] In 2019, Dr. Stone won the 64th Shogakukan Manga Award for the shōnen category.[29]

Gadget Tsūshin listed Senkū's catchphrase "This is exhilarating!" in their 2019 anime buzzwords list.[33] 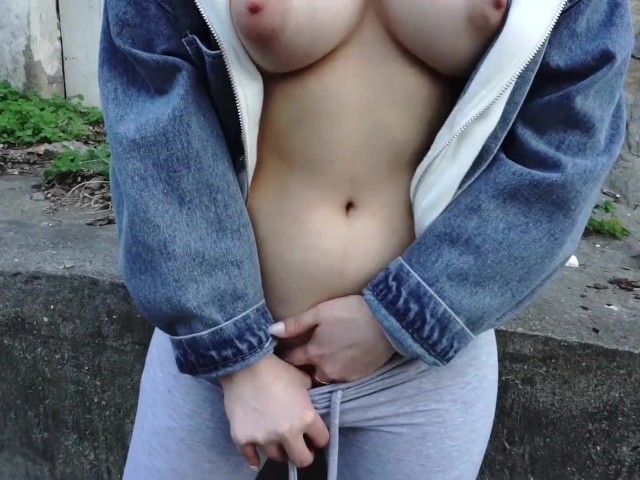 Superlambanana is a bright yellow sculpture in Liverpool, England. Weighing almost 8 tonnes (7.9 long tons) and standing at 5.2 metres (17 feet) tall, it is intended to be a cross between a banana and a lamb and was designed by New York City-based Japanese ..

Go Superlambananas! was an art exhibition that took place in Liverpool, England, during the city's European Capital of Culture celebrations in 2008. Based upon Taro Chiezo's Superlambanana, which had been located in Liverpool since 1998, the exhibit consisted .. You've Stolen My Heart is a 2005 studio album from the Kronos Quartet, featuring arrangements of the music of Indian composer Rahul Dev Burman, with vocals by Asha Bhosle, who she sang the original versions of the album's songs and was married to Burman until ..